Below is a description of REEs as they will be used on this website: 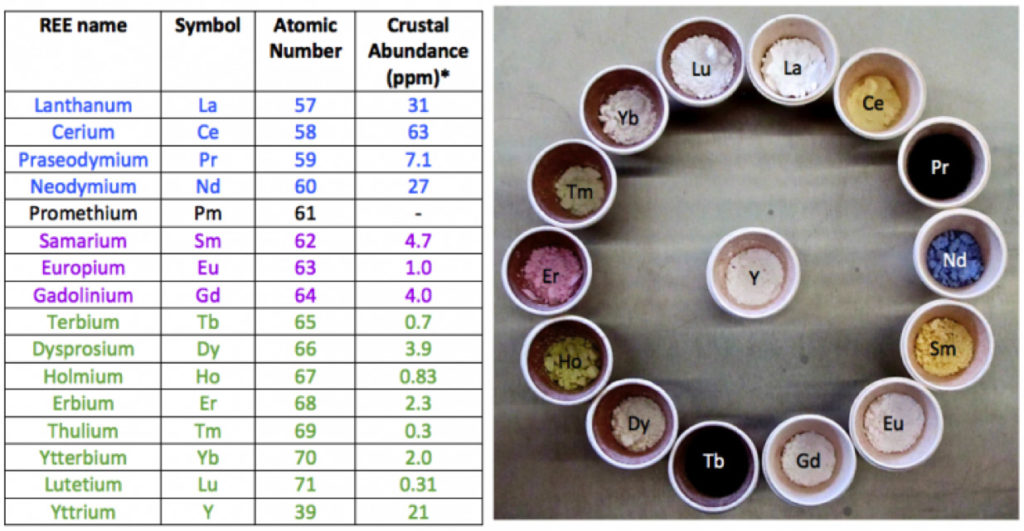 REO is the mathematical sum of La-Lu plus Y as their common oxides. Some call this total REO, TREO, TREO + Y, or YREO. Note, there is no such thing as REO in a geological environment. The REE-bearing minerals contain these elements as phosphates, carbonates, silicates, and others, with the term REO used for convenience. It originates from the early nomenclature referring to these elements as earths or oxides. The original gravimetric assay procedures provided results in REO % units, and also contained Th in the results when applicable. REO is produced only under laboratory or production conditions. Further, the individual REEs are often classified into subgroups:

When rare earths are referenced as only LREE or HREE, it is very important to understand which elements are being considered as LREE or HREE. These definitions have shifted over time, and many junior mining companies have created their own set of definitions.

Pm is radioactively unstable, and at earth’s timescale has long ago decayed away to zero concentration. It is now found in nuclear reactions.

Scandium (Sc) is often included with the REEs, but it is rarely found in REE deposits in appreciable amounts, and the market for Sc is distinctly different than that of rare earths.