Metal Pages and the China Chamber of Commerce for Metals, Mineral and Chemicals Importers and Exporters (CCCMC) put on a fantastic conference in Shanghai on 11-13 September 2013. There were about 200 attendees from about 20 countries, with the largest contingent being from China. The presentations were informative throughout the Conference, and the coffee breaks were lively. 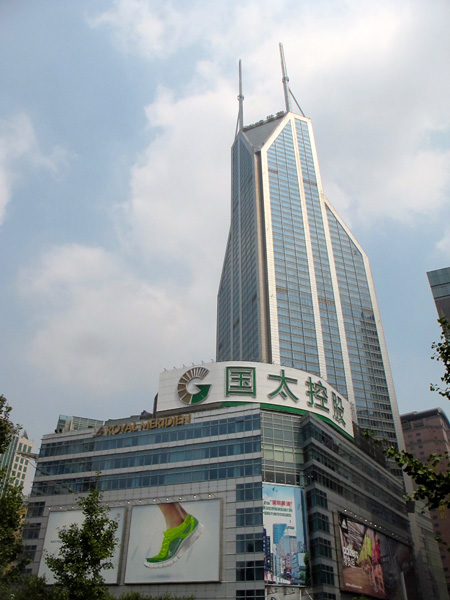 There were many questions hovering over the industry as the Conference began, including (but not limited to): 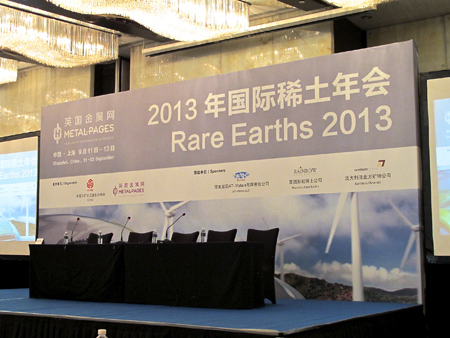 Let’s get to the content and some highlights from the speakers!

Mr. Liu Yinan was both an informative and gracious host, welcoming the guests and then giving an excellent talk about the general market. He spoke of China’s GDP doubling by 2020, but also recognized the difficulties faced by today’s world economy.

He thinks that prices will not further decrease — especially with the light rare earths (LREEs). Heavy rare earths (HREEs) have not yet reached a stable level, however. He also acknowledged that there would be a big increase in foreign supply moving forward.

Mr. Zhang Zhong mentioned several projects including Mountain Pass, Mount Weld, Lovozero, and countries including Australia and India. He described the market dynamics of the dramatic price spike and subsequent fall since 2010 as a roller coaster, and recognized that this has placed many companies in a dilemma.

It was stated that although the cost of production has been rising in China, it will likely remain the lowest cost producer. The challenges that foreign producers have been facing are also very difficult, and there will likely be an over capacity of LREEs in the world.

According to Zhang Zhong, lower prices will be maintained for a long time.

Mr. Tang gave a wide-ranging talk on the Chinese REE market, and emphasized that the issues that caused the price spike in 2011 will not happen again. He also stated that price movement is different for each element.

His thoughts regarding the WTO case were very interesting and definitive, stating that the export restrictions will be removed.

Regarding consolidation, Mr. Tang looked to the future stating that it is still the Chinese government’s intention to reduce the number of REE companies from 123 to 2 or 3. (WOW – that would be a huge reduction!).

Mr. Noyrez provided some very interesting commentary on a variety of subjects.

Lithium batteries haven’t completely taken over the market yet, and there still seems to be room for REE batteries. There may even be a lanthanum (La) shortage by 2020.

He said that the low pricing before 2005 was unsustainable, and that prices are currently too low to produce 11,000 tonnes per annum (tpa) from the LAMP facility.

Dudley is one of the most heralded voices of the REE industry, and people are always interested in his point of view. Professor Kingsnorth did not disappoint! He suggested that demand in 2013 may be somewhere between 110,000-125,000 tonnes, and that the rare earth industry could be headed into another Golden Age by 2016-2017. One of the most eye-popping numbers that he forecasted was that demand could be 250,000 tonnes by 2020!

One of his other salient points was that rare earth demand has proven itself to be “price elastic”. As prices went up, REEs were replaced or reduced in a number of different applications including:

This is good to remember, as many people said that the REEs were irreplaceable before prices spiked in the past few years.

One of my favorite slides from the entire Conference was one that Mr. Sykes used to describe recovery rates. He showed very clearly that you have to multiply the recoveries of each stage (from mining, processing, cracking, separation, etc.) to reveal the overall recovery of a project. It became quite clear that you could very quickly end up with nothing if you didn’t have satisfactory recoveries at each stage.

Mr. Morris gave an overview of progress at Mountain Pass, as well as excellent descriptions of different types of magnets. He explained how the magnets are used in the automotive industry, appliances and computing.

One of his key points was that the period of 2010-2012 was a time of high price volatility, and that increased risk substantially for magnet users. Many manufacturers were dissuaded from using magnets or looking for cheaper substitutes during this time period.

Dr. Jia Liwei gave one of the most in-depth descriptions of the autocatalyst market I have ever heard, although highly technical, I found the details fascinating. Rare earths are not only critical in the current generation of autocatalyst technology, but it is possible that the next generation of technology may be even more deeply reliant on the REEs.

The market for rare earth phosphors is one of the most rapidly changing in the entire industry. Mr. Zuo Haibo gave an exceptional overview of the both the recent history as well as where the market is trending. One shocking statistic that he presented was that in 2011 there were 40 trichromatic phosphor powder companies operating in China, but in 2012, 19 of those companies shut down, one changed production and 5 more shut down but still sell product. Yikes! That’s some rapid change.

The cost performance of LED lighting products is improving swiftly, and the market is leaving incandescent bulbs and fluorescent lighting behind very quickly. This is causing a dramatic decrease in demand for the REEs in phosphors, and Mr. Zuo Haibo’s forecast is that phosphor demand will continue to decrease through at least 2015. This decrease is important, as demand for europium (Eu) and terbium (Tb) primarily comes from the phosphor industry.

Mr. Kotaki displayed charts that clearly showed the relative decline in demand for REEs from Japan. The overall decline seems to have begun in 2006, with significant drops in demand during the recession of 2009 and then again in 2010 following the difficulty in getting rare earth exports out of China. Also clearly exhibited was the lessening of Japan’s reliance on China for their supply of REEs.

Another chart showed how the Japanese have severely curtailed the import of cerium (Ce) for use in polishing, as they have become much more efficient in its use.

Also of note were the many different projects outside of China that the Japanese have invested in, to diversify the supply choices for Japan moving forward.

Recycling was also mentioned as a major initiative that is beginning to pay dividends for the Japanese. 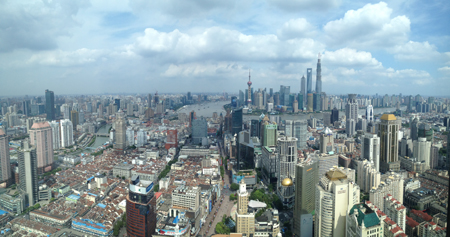 I saw Mr. Chen Zhanheng give a fantastic speech a few years back, and it was agreat pleasure to hear him speak again.

Mr. Chen Zhanheng presented a very candid and open assessment of the Chinese market. He chronicled the recent history starting in 1998, explaining tariffs, rebates, quotas and other details bringing us up to the present. Then he described the problems caused by illegal mining and smuggling. He stated that his organization, ACREI, had recommended to the government that they crack down on the illegal mining, and it is having an impact.

He went on to describe the influence of Chinese government rare earth regulations, including:

Since 2011, the China REE industry has invested approximately 4 billion yuan (about US$ 650 million) to curb pollution. This is no small amount, and they will spend more still!

Dr. Taek-Soo Kim had one of my favorite quotes of the conference, “Commodity and Science have to go together”. This rings with oft-ignored truth in our industry.

In Korea, the REEs belong to the general grouping of rare metals and are not separated out when the Koreans are thinking strategically about resources.

Korea’s definition of rare metal is

Korea is also emphasizing the need for recycling.

There are government-supported programs underway to develop technology related to processing and recovering REEs.

Mr. Li Jian-wu gave some illumination on Chinese government policies, and their influence on the REE industry.

It is clear that the Chinese govenment is very serious about consolidating the industry and raising the cost of rare earths.

Many of the rare earth resources outside of China were highlighted, and the Chinese recognize that there will be fierce competition to supply the world with rare earths moving forward. Mr. Li Jian-wu had another one of my favorite quotes of the Conference: “Actually overseas suppliers don’t have this type of cost advatage”. He was clearly emphasizing the lower cost of producing inside China. It will be fascinating to see how world supply pans out over the next few years! It may depend very much on cost per kg of production.

The following mining companies also presented before the conclusion of the Conference: 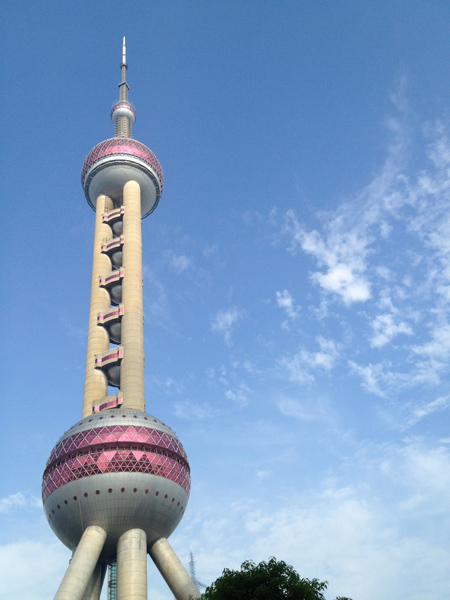 The Conference was one of the better conferences I have been to in quite some time.

I would like to offer special thanks to Nigel Tunna and the staff of Metal Pages, as well as Mr. Liu Yinan of CCCMC for putting together such an excellent lineup of speakers and attracting the delegates necessary to make the conference a success!