Rare Earth Research is Alive and Well in Santa Fe! 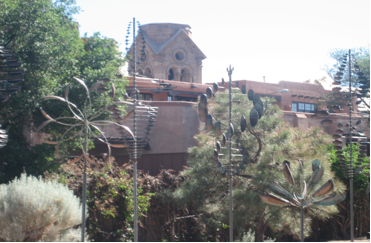 One of Santa Fe’s wind gardens and the Loretto Chapel

June 19-23 Santa Fe, New Mexico More than 200 scientists and engineers from universities and national labs around the world met at the historic Inn at Loretto for the 26th triennial Rare Earth Research Conference (RERC) to challenge, discuss and celebrate experimental outcomes in the field of lanthanide research. As new ideas percolated among some of the best and brightest chemists, physicists and materials scientists in academia, it was difficult to fathom the lack of expertise currently felt by the rare earth industry. However, the conference agenda, which included significant participation by industry leaders, sent a clear message that efforts to bridge this gap are underway. Sponsors included Los Alamos National Laboratory, the New Mexico Consortium, ITS, and Bracco.

If anyone needed further proof of the ubiquity of rare earths, research topics spanned magnetism, solid state, organometallics and coordination chemistry, analytical, biomedical, and actinide chemistry. While the general direction of their work may not have changed with fluctuations in the industry, many researchers enjoyed a surge of interest in their work as a result of heightened awareness brought on by changes in the global market. Experts from both academia and industry offered ideas not only to improve communication but also to brainstorm ideas from across disciplines in order to bring lanthanide science and technology into a new and sustainable era.

Three rare earth rock stars (from left) Gerd Meyer, Bill Evans and John Corbett. Meyer was this year’s recipient of the Spedding Award for Outstanding Contributions to Science and Technology of the Rare Earths. Evans and Corbett were honored with the award in 2008 and 2005, respectively.

Gerd Meyer of the Universität zu Köln was presented with the Spedding Award for Outstanding Contributions to Science and Technology of the Rare Earths. One of the most decorated lanthanide scientists in the world, Meyer has conducted research in f-element solid state chemistry for more than 30 years. His current work with cluster complexes and coordination complexes illuminates previously misconceived properties of rare earth reactivity.

Spedding laureate Bill Evans from the University of California, Irvine continues to push the limits of rare earth coordination complexes as unique and powerful reducing agents. One area of Evans’ research uses rare earth metallocenes that are sterically crowded. Think of sunflowers arranged in a spherical vase – given the size of the flower and the length of the stem, there is pretty clear limit on the number that will fit comfortably. Or is there? It turns out that lanthanide metallocenes can readily adjust the length of their stems, or bonds, making them uniquely versatile and reactive. By serendipity, the Evans group also recently achieved the reduction of dinitrogen or N2, among other small molecules that are critical in the biogeochemical cycling of nitrogen. Also known as nitrogen fixation, this process makes atmospheric N2 available in the soil for uptake by plants and animals. It has been a bit of a mystery – one of nature’s magic tricks – that apparently occurred only under the influence of bacteria, the occasional lightning strike or the Haber-Bosch process. On the technology front, one of the reduced dinitrogen compounds, N23-, can couple dysprosium ions in a single molecule magnet with record high blocking temperature, which suggests potential application in magnet miniaturization.

When asked about communicating the implications of his work to a non-scientific audience, Evans emphasized the importance of using the right vocabulary. He himself had never even used the term “rare earth” until recently. But it has been Evans’ experience that, “There is not so much a communication gap as a deficiency in contact. The industry session at the RERC was a good start. A focused meeting on the needs of the rare earth industry that academics could help with might be useful.” 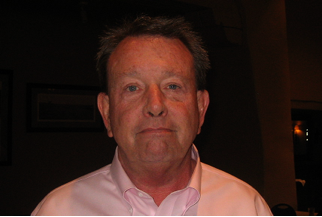 Plenary speaker and executive director of REITA, Keith Delaney, offered a history of the rare earth industry followed by an action-oriented plan to ensure a bright future for the industry and its stakeholders. According to Delaney, the time is now for improvement in unit operations throughout rare earth technology supply chains. Yield improvements in milling, extraction, separation and refining and the rest of the downstream process is key to minimizing cost and sustaining global rare earth resources. Asserting that industry is eager for collaborations, he also described several areas “ripe for global collaboration”

Of course, open collaboration among industry can be a sticking point in many cases. Delaney called for transparency and candor by OEMs when conveying forecasted demand for their requirements. Comprehensive understanding of potential changes in the supply chain and the capacity to diversify accordingly were also addressed.

John Burba, Executive Vice President and Chief Technology Officer of Molycorp, Inc., outlined some of Molycorp’s thinking on environmental protection, including the prospect of using HCl and NaOH as sole process reagents and building a chlor-alkalai plant to recycle waste NaCl into other useful reagents. Molycorp is also recruiting talent and funding research at schools like the Colorado School of Mines and Worchester Polytechnic Institute. This gives future rare earth experts a head start on solving imminent issues in the industry such as efficient separation processes, wastewater and tailings disposal and recycling.

Iowa State University, arguably the birthplace of lanthanide research in the U.S., is expected to announce the establishment of a new faculty position on the science, engineering and technology of rare earth metals within the Department of Materials Science and Engineering (MSE). Karl Gschneider Jr., Anson Marston Distinguished Professor of MSE, whose research has included magnetic refrigeration, alloys and the metallurgy of rare earths, was instrumental in creating the position. Along with Richard LeSar and Vitalij Pecharsky, Gschneider should be contacted by qualified candidates. 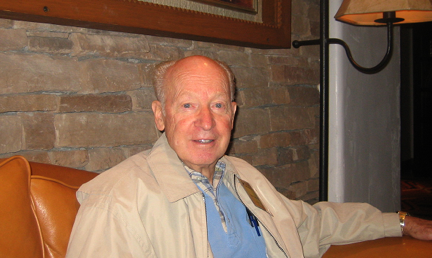 Ana de Bettencourt-Dias conducts research in inorganic and materials chemistry at the University of Nevada Reno, specializing in the luminescence of lanthanide ions. With particular applications to bioimaging and sensing, her group’s recent work has revealed pyridine-bis(oxazoline) as a versatile family of ligands or “antennae” that, when coordinated with rare earth complexes, achieve distinctive emission of visible light. This year, she served as RERC Program Chair along with Conference Chair John Sarrao of Los Alamos National Laboratory. When asked how her expertise may dovetail with that at the MacKay School of Mines at UNR, de Bettencourt-Dias suggested that her course in lanthanide and actinide chemistry be offered, perhaps even remotely, to students across disciplines. 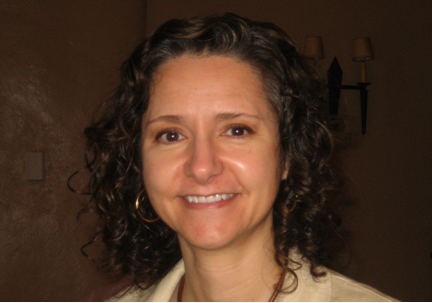 Ana de Bettencourt-Dias of the University of Nevada Reno served as Program Chair for this year’s conference.

Lynda Soderholm, senior chemist at Argonne National Lab, conducts research at the Advanced Photon Source on the aqueous reactivity and transport of lanthanides and actinides in natural systems. Using high-energy x-ray scattering (HEXS) in combination with solvent extraction experiments, she can probe the chemical form, or species, that are present in solution. This type of work is essential to the development of better technology in waste management and separations, yet some projects still fall into the dreaded “Valley of Death” – where great ideas go to die, unfunded, because they are neither pure science nor quite ready to be patented and commercialized. US Department of Energy’s Mary Neu, formerly of Los Alamos National Lab, indicated that the most pressing issue for environmental remediation remains the clean up of our nuclear weapons legacy.

In the realm of the powerfully small, Vanderbilt’s James Dickerson has been observing exciting magnetic behavior from his lead europium sulfide and europium telluride nanocrystals. The crystals, some on the order of 2 nm in diameter, are applicable in dilute magnetic semiconductors because they can form a completely miscible alloy system with tunable energy band gaps over a wide range. Dickerson has conducted this type of research at Vanderbilt for seven years with eight undergraduate, graduate and post doctoral researchers under his wing. In his lab, students learn not only how to synthesize and characterize these tiny crystals, but also to organize them into a functional monolayer using electrophoretic deposition, or EPD. With this skill set and a willingness to apply it to novel problems, his materials science and physics graduates are well trained for many positions within the rare earth industry.

So how can industry capitalize on this talent? How might we improve the collaboration between the highly cited rare earth chemist and the highly qualified operations manager? Is it possible for industry to take a cue from the academics that rely on each other to improve their science? Time will tell, but the state of rare earth science and research suggests that we may already possess the capacity to solve some of industry’s most pressing problems.