Beijing, China. Rare Earths 2011, sponsored by Molycorp and organized by Metal Pages, Ltd. and the Chinese Chamber of Commerce for Metals (CCCMC) was held September 14-16 at the Sun World Dynasty Hotel. Other sponsors included Matamec, Rare Element Resources, Great Western Mineral Group, TUC Resources, Hudson Resources, and Kimberly Rare Earths. In contrast to last year’s Minor Metals and Rare Earth conference, which welcomed one hundred fifty delegates, the 2011 rare earth-exclusive event (minor metals had their own conference earlier in the week) topped 300 participants. Nigel Tunna, managing director of Metal Pages, organized the program to address the “major issues affecting the rare earth market including Chinese policy and supply, the status of new production, recycling, new uses and the influence that the price increase has had on its consumption.” 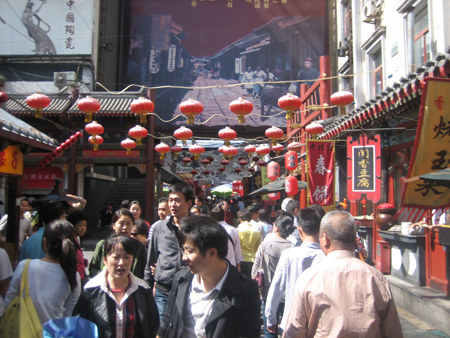 The unifying theme again this year was the importance of the capacity of rest of world (ROW) suppliers to meet ROW demand. Since China’s crackdown on rare earth exports, the subsequent price increase has been felt in the gut of many downstream markets, and there was palpable anxiety in every conversation about the anticipation of the cost and availability of this new supply. While many agreed that the ROW will be self-sufficient in the production of light rare earths (LREE), the supply of non-Chinese heavy rare earths (HREE) remains uncertain. Important questions were also raised about the dependence of the rare earth market on the growth of green technology and how the paradoxical production of thorium and uranium can best be managed.

According to CCCMC Chairman XuXu, since last September, China has assiduously pursued the consolidation of its domestic producers from Baotou to the smallest backyard heap leaching operation. Meanwhile, China reduced its rare earth export quotas to 30,250t REO in 2010 from 65,000t REO in 2005. Citing severe competition from overseas, export duties and the “backward technology” of downstream producers, both XuXu and Li Zhong, general manager of Baotou, maintained that China is necessarily restructuring its own domestic rare earth market. Li Zhong went on to explain that resource taxes and production costs have increased while the domestic supply market is shrinking – thanks in part to new environmental restrictions. Contrary to popular wisdom, China is submitting its mining industry to new and reportedly rigorous environmental standards. These constraints, compounded by constant pressure by the US and other WTO countries to level the economic playing field, have forced China to strategize accordingly, according to the Chinese speakers.

Dudley Kingsnorth, executive director of Industrial Minerals Company of Australia, (IMCOA) and the voice of reason to many in the industry, spoke with sobering pragmatism about the future of the non-Chinese rare earth market and opportunities for project development. Kingsnorth suggested that ROW demand in 2020 will be 80-100,000tpa REO and that Lynas and Molycorp are poised to meet this demand – at least for the LREE portion. Citing the existence of several hundred junior mining operations worldwide, Kingsnorth offered a few cardinal concepts for project development: 1) Process routes depend on the specific ore body, so comprehensive understanding of the mineralogy is critical, 2) The issues of uranium and thorium separation and disposal are necessarily huge, 3) Pilot plant studies are essential to demonstrate technical viability, generate samples for customer approval, provide data for the bankable feasibility study (BFS) and generate data for the environmental impact statement. Summing this section with a reminder that startup time can take 5-12 years and $US 1 billion, Kingsnorth quelled any premature delusions of success for burgeoning rare earth operations. Development of “a new process” could take 10-15 years and, according to IMCOA, the resulting mineral concentrate grades must be at least 30%REO LREE and/or 20%REO HREE. Given this, Kingsnorth maintained that there remain opportunities for junior mining operations to contribute to ROW supply, especially the supply of HREE.

In the race with Lynas for the lion’s share of the predicted ROW LREE market, Molycorp’s CEO Mark Smith addressed his strategies to expand, diversify, and meet its deadline to ramp up production to 19,050t by the end of 2012 and 40,000t by 2013. Smith presented compelling evidence that Molycorp will be able to respond to changes in the market primarily by producing light rare earths more efficiently and more sustainably than the competition. Specifically, the implementation of novel, improved chemical processes and a new chlor-alkalai facility at the Mountain Pass facility, the acquisition of the Silmet facility in Sillamae, Estonia, and Molycorp Metals and Alloys in Tolleson, Arizona all give reason for its shareholders to believe in a bright future for the newly young company. Anticipating the relative dearth of dysprosium, Smith also introduced the acquisition of Boulder Wind and Power, a producer of NdFeB magnets that purportedly require no dysprosium.

In response to the demand for HREEs, George Bauk, managing director, and Robin Wilson, exploration manger of Northern Minerals described the xenotime deposits at the Browns Range and John Galt projects in Australia. A rare earth phosphate rich in yttrium and dysprosium, xenotime is paramagnetic and relatively low in radioactivity. Northern Minerals hopes to achieve concentrates greater than 40% by magnetic separation and flotation. Showing pie charts that suggest HREE yields that would complement those of shareholder and LREE-producer Lynas, Bauk predicts phase one drilling will begin by Q2 2012. 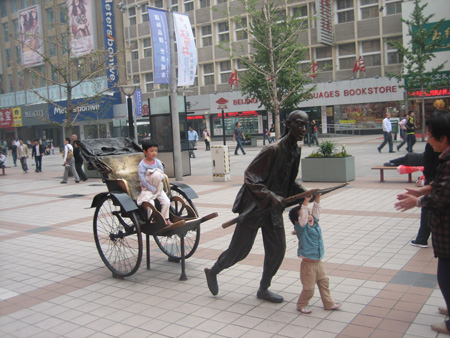 President of Advanced Materials Japan Corporation, Shigeo Nakamura described the status of the rare earth tech industry in Japan in the wake of Fukushima. According to Nakmura, the Japanese economy is growing again – sooner than expected – and to promote this growth, Advanced Materials considers nine rare earth projects (in addition to Lynas and Molycorp) as potential suppliers, including Stepnogorsk (Kazakhstan), Lugingol (Mongolia), Dong Pao (Vietnam), Hoidas Lake and Thor Lake (Canada), Greenland, Nolans Bore (Australia), Orissa (India) and Steenkampskraal (South Africa). With its tech industry so dependent on rare earths, Japan is heavily invested in developing a non-Chinese supply.

Constantine Karyannopoulos, president and CEO of Neo Materials Technologies, was on hand to indentify and dispel two myths promulgated by the media: 1) Chinese production costs are low due to environmental regulations and cheap labor. On the contrary, PRC regulations are stricter than many western jurisdictions and labor costs are a small fraction of production costs. The real reasons for low PRC production costs include the by-product economics of Baotou and the relatively simple metallurgy of processing the ionic adsorption clays. 2) Rare earths are irreplaceable, indispensable, and their prices will continue to increase. In fact, Karyannopoulos pointed out, use is a function of value, replaceability is a function of investment, effort and time, and balance is critical. He also reminded the audience that successful rare earth suppliers will possess the capacity not only to separate and concentrate the lanthanides, but will also generate a final product of the specific grade required by downstream markets.

Finally, Gary Billingsley of Great Western Minerals (GWM) shared updates on the Canadian mining company and its mine-to-market strategies for rare earths and its focus on the permanent magnet industry. In addition to its domestic exploration projects in Hoidas Lake and Douglas River in Saskatchewan, GWM is developing Steenkampkastraal in South Africa for its monazite sands as well as its excellent infrastructure, close proximity to rail and seaports, and license to store thorium. With construction of the mill and separation plant scheduled for completion by Q4 2012, GWM hopes to be in production by Q1 2013 with projected outputs of 5,000tpa REO, mostly LREE, and 3,300tpa (alloy produced). Great Western Technologies is located in Troy, Michigan and can produce a variety of alloys, including nickel metal hydride as well as permanent magnets and “super alloys” for aerospace applications. Given this, GWM may have a major stake in the revitalization of the US rare earth industry.

So as the prices of rare earth oxides have increased on average 150% since Q3 2010, the rare earth race continues, and downstream producers hang in the balance. Lynas and Molycorp have done their homework, and as the deadlines approach, the industry can only hope that they will deliver. Those with access to the crystal ball seem to concur with Kingsnorth and his “Dudley Chart,” but might we eventually need a new model – maybe one that separates the LREE from the HREE? Will green technology grow as anticipated, and how strongly does the rare earth industry depend on it? What measures can we take to make the industry as clean and efficient as the green technologies it depends on? To be sure, the successful non-Chinese rare earth suppliers have a challenging road ahead.