Ytterby Yxtravaganza: Back to the Birthplace of Rare Earths!

We landed in Stockholm with expectations so great that we could almost taste the gadolinite! [Note: NEVER taste gadolinite — don’t try it at home, and don’t try it in Sweden. But if you’re going to taste something in Sweden, try the pancakes!]

A view of Stockholm: 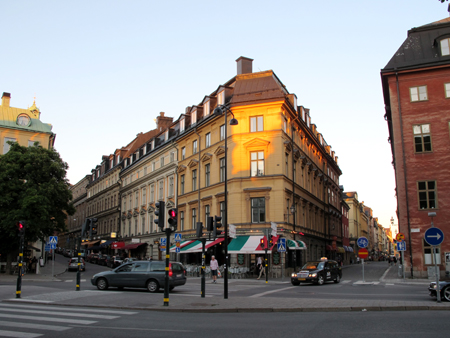 The almost-epic journey included planes, trains, boats, and buses. On each leg of the trip I imagined that most of my fellow travelers must be seeking the rare earths as well.

Surely there would be spectacular hordes of samarium-seeking, terbium-tweaking, praseodymium-peeking, even gadolinium-geeking crowds jostling for just a peek at the original rare earth mine! 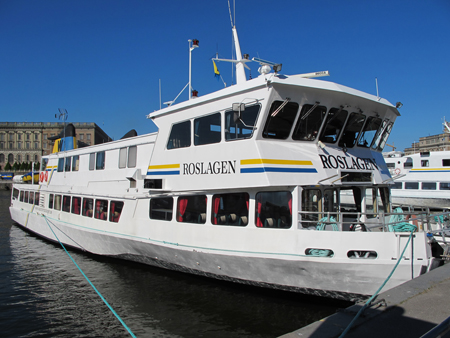 We docked at Vaxholm thinking that the mine would be close enough to walk to.

The Vaxholm Garrison is supposed to house an exhibit about the Ytterby Mine (it doesn’t). The Garrison is where the discoverer of the first REE-bearing mineral was stationed: 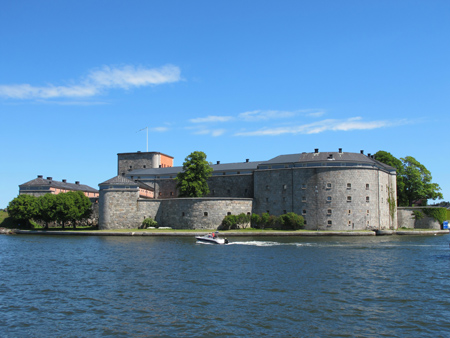 It is worth mentioning that NOBODY we spoke with in Vaxholm had any idea what we were talking about when we mentioned the mine which was the birthplace of rare earth elements (REE), and I don’t think it was just the language barrier… Maybe we just needed to get closer!

We managed to get a bus number that would take us the 15 minutes to Ytterby.

After the final bus stop, we took out our trusty iPhone with its fantastic mapping ability, and followed a long, meandering path through the sparsely populated, but beautiful Swedish countryside: 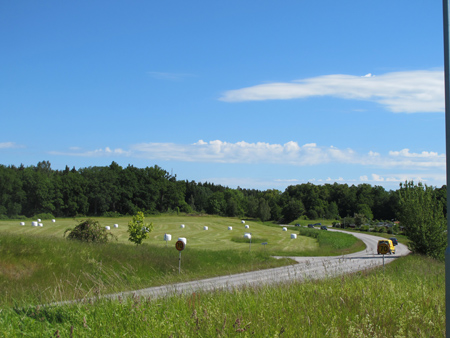 We began (rightfully) to suspect that our fear of massive crowds of rare earth tourists might be unwarranted.

As we got closer, the street names were beginning to look eerily periodic: 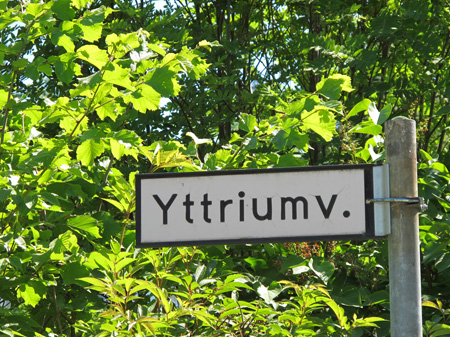 By the time we arrived near our destination, we held out hope that an elderly Swedish woman tending her garden across the street could verify if we were, indeed, in the right vicinity.

My Swedish is far below subpar. I know one word — “gruva”, which I think means “mine” — although it might mean “a nice place to send a couple of Americans so that you can get back to gardening”, as the elderly Swedish woman looked at us quizzically before pointing across the street a the somewhat hidden entrance: 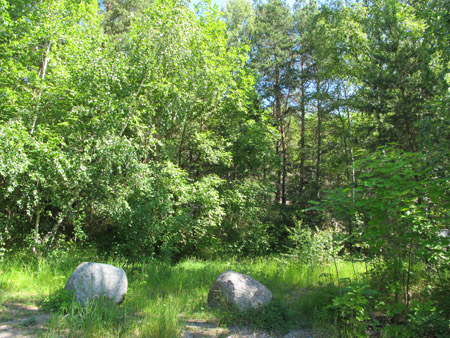 It was the original Ytterby Mine, birthplace of the rare earth elements!

There were no crowds.

No jostling for position just to get a glimpse.

Just a couple of self-proclaimed rare earth geeks on a nice quiet street with a small path up the small hill marked by two stones. Such was the humble beginnings of the elements that have changed our world and transformed modern society.

Get giddy with gadolinite!

From the plaque at the entrance to the mine:

The enthusiastic amateur geologist, Lieutenant Carl Axel Arrhenius stationed at the Vaxholm Garrison was in the habit of looking through dumps at Ytterby after
making interesting finds — and in 1787 he found an exceptionally heavy black broken rock…

From that “exceptionally heavy black broken rock”, Professor Johan Gadolin identified the first of the rare earths in 1794. The mineral? Gadolinite!

At the entrance to the old mine site, there is a plaque placed in 1989 by the ASM that declares the site “An Historical Landmark”.

I was a bit surprised that the mine looked like a simple quarry not much bigger than the average racquetball court. There was some evidence of a shaft (long-since filled in), and the mine itself was filled with vegetation.

Closeup of the rock wall: 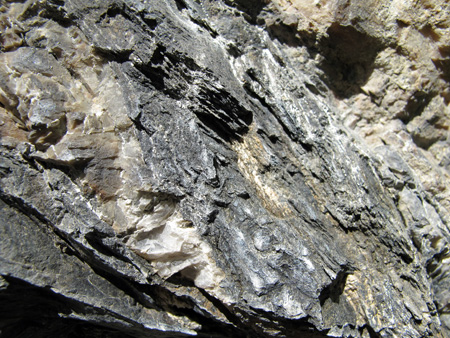 We then walked up and around to the top of the mine and found a stunning view of the Swedish archipelago: 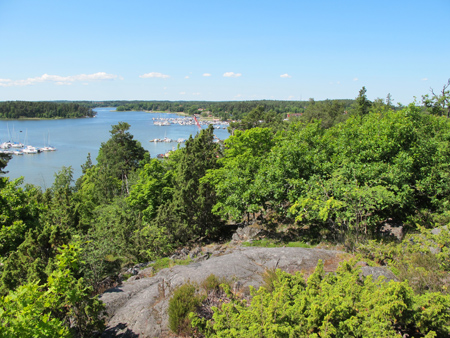 It has taken the rare earths over 200 years to make the journey from this humble mine in Ytterby, Sweden, to the computer screen on which you may be reading this story.

The GREEN on your screen? That’s thanks to terbium (Tb) phosphors in your computer screen!

It was worth the wait.

Our world is now brighter, larger, smaller, faster, more efficient, and increasingly more fantastic because of the rare earths.

Kudos to the Swedes!