All rare earth minerals are not created equal.

Some have a light rare earth (LREE) distribution of elements, some are more heavy rare earth (HREE) laden. Some are carbonates, some are silicates, or phosphates. Some have a high percentage of REEs within the mineral, some do not. Some have been processed, and some have not. And — quite frankly — some are pretty, and some are not.

This week we’ll focus on the lightweight (LREE) division of the rare earth world, and start with the creaky past champion, now sprawled on the sidelines hoping for another shot at the title: monazite.

Monazite used to rule the market, being readily available in placer deposits around the world — from the United States, to Australia, India, and beyond. Here is a shot of some monazite from a placer deposit: 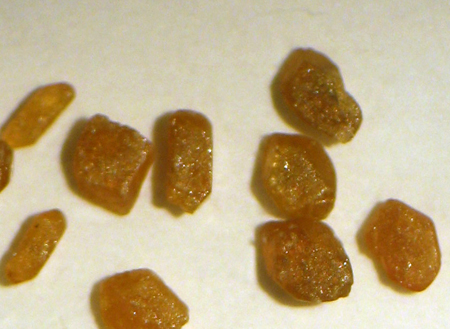 Monazite is a phosphate mineral mostly enriched in the LREE, and has a theoretical REO% of just under 70% (which means that if you have monazite, you may have up to 70% rare earths in the mineral). However, even monazites may vary wildly, with some having elevated levels of neodymium (Nd) or other elements. One of the current drawbacks to monazite is that it can contain high levels of thorium (Th), which is radioactive and must be handled with environmental care. It is possible that Th may become a viable nuclear fuel in the future, which may change the future outlook for this mineral. But for now let us reminisce and a take a look at some good-looking monazite from the Smithsonian: 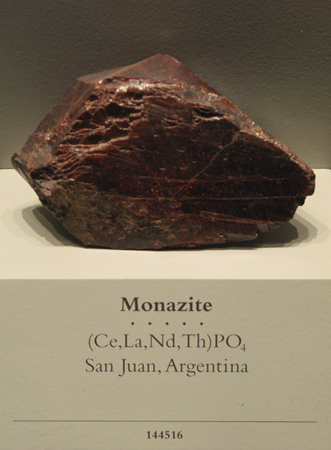 And finally, some monazite (mixed in there somewhere with the magnetite!) from the Deep Sands Project in Utah: 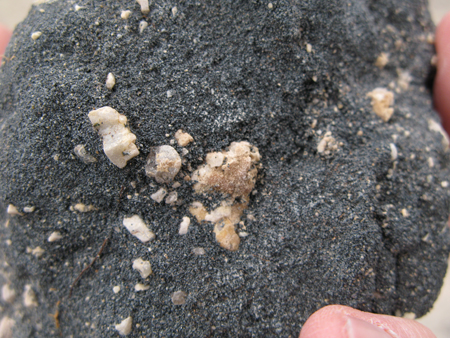 So what happened? Why was monazite knocked from its throne? The new light weight challenger was discovered in California.

Known by multi-spelled variations of the same name: “bastnaesite”, “bastnesite”, or “bastnäsite” is a carbonate mineral that came to prominence at Mountain Pass in California, and then gained further stardom at Bayan Obo, and then Sichuan in China. Bastnesite (I will try to give each spelling it’s share of the spotlight!) has a 75% theoretical rare earth percentage, and has a nice distribution of the LREEs. Let’s take a gander at some bastnäsite from Mountain Pass: 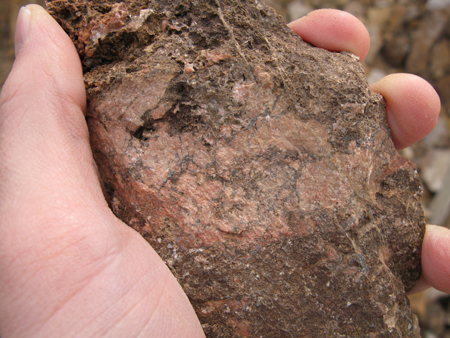 The Bayan Obo bastnaesite (at least, that is what they told me on the tour — my Chinese is not so good!): 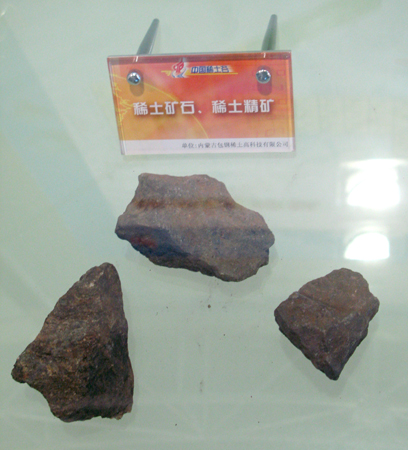 Here is a shot of some bastnaesite from Thor Lake in Canada (it’s the reddish stuff): 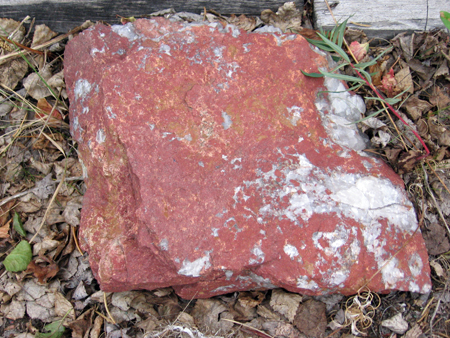 There are a number of other locations around the world looking at bastnaesite. Thor Lake has it, a number of locations in China has it. Bear Lodge in Wyoming lists bastnaesite as one of its target minerals.

There are a number of LREE contenders, but these two minerals have dominated the LREE division of rare earths for decades. However, keep in mind that even as monazite was eventually knocked aside, bastnaesite may also be blindsided by another LREE mineral in the future.

Please feel free to use the Contact page for questions or comments about rare earths.