The Cambridge House Toronto Resource Investment show was held October 21-22. Rare earths were mentioned in at least two different speeches, and were represented by two companies: Avalon Ventures and Great Western Minerals. I was able to spend time with both companies, and it is clear that activity is picking up in the sector.

Don Bubar of Avalon Ventures holding a piece of fergusonite from drill core on the Lake Zone at Thor Lake: 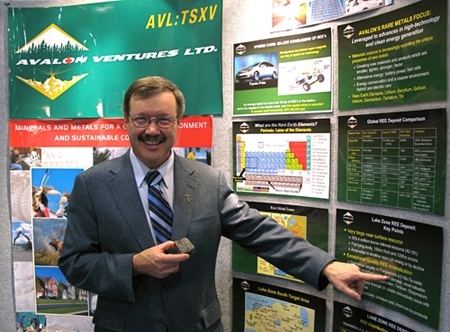 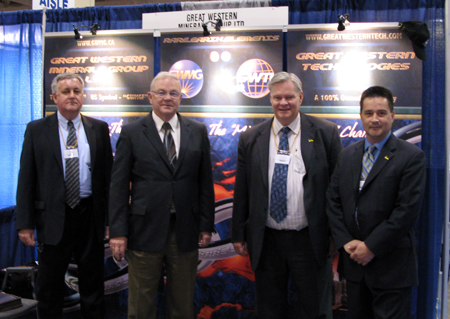 Overall, the conference had good attendance, but perhaps not as much buzz as would be expected with the recent high prices in many of the commodities represented.

Several properties have been purchased by public REE companies in the past few months, and we will be watching closely to monitor and report progress.

I hope to have an extensive update posted on November 9th.