Baotou: the Center of Rare Earth

I have just returned from the Fifth International Conference on Rare Earth Development and Application in Baotou, Inner Mongolia, China. The Conference was attended by 400 delegates from around the world, but the majority were from Asia. I arrived a day early and was able to spend some time in the Gobi desert, just a short ride from Baotou. This desert trip provided a stark contrast to the vision of the future we were about to experience at the conference. We returned to a gleaming 30-story building rising in Baotou between the desert and the grasslands. It was appropriately named the Rare-Earth International Hotel: 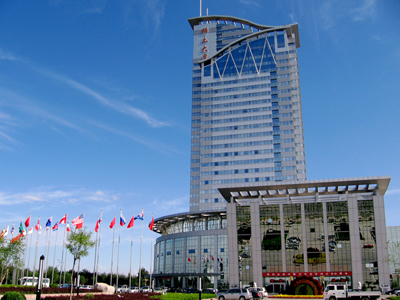 There was a day of plenary speeches covering a wide variety of Rare Earth topics followed by a day of presentations by top scientists in five areas of Rare Earth Element (REE) research:

Most presentations were given in English, although a number were given via headsets with translation. The breadth of the presentations showed quite clearly that REEs are at the forefront of a number of different critical technologies. The use of REEs will only increase as the science that we learned about becomes reality.

The one disappointment for many delegates was that the tour of the Bayan Obo mine was canceled. Many of the delegates I spoke with said that the tour was the main reason that they had come to the conference.

The Chinese press covered the event extensively. From the opening ceremony: 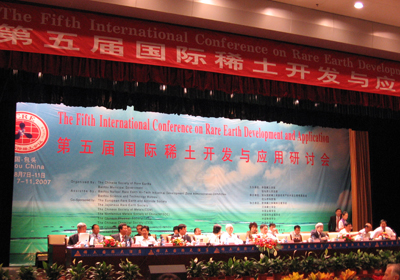 Perhaps the most fascinating part of my trip was the afternoon and evening I spent with Chinese leaders in the area of REE research. Let it suffice to say that the Chinese are extremely focused on Rare Earths. The Chinese know the value of REEs and are rapidly expanding to take advantage of the unique properties that they offer to modern society. They have committed substantial resources to research every known application for rare earths. They have 200 dedicated PhD-level researchers and engineers with a support staff of 2000 technicians, who are all in close proximity to one another. We were able to see their plans for the future (including a scale model) — they are bold and beyond anything I had imagined.

A portion of the REE Development Zone: 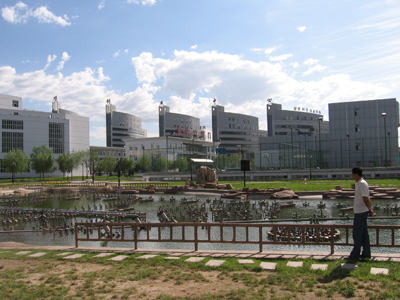 Baotou is most vital to the Rare Earth industry. With the Bayan Obo mine just a short trip away (the ore is brought by rail and processed in Baotou), approximately 50% of the world’s REEs come through this city of around 2.5 million. This area is one of the fastest growing industrial areas of China. There is certainly topflight REE science being conducted in Europe, Asia, and North America — as evidenced by the number of presenters from these regions — but the Chinese have the key advantage of access to the raw materials. They are now committed to expanding their research. Until a major resource of REE provides material outside of China, or there is a significant effort to concentrate research in a given region — Baotou will remain the center of Rare Earth.