On Site at Thor Lake

On July 18, I had the privilege of touring the Thor Lake property owned by Avalon Ventures. Thor Lake has a colorful history which began in 1976 when it was explored as a uranium prospect. It would go on to be considered for tantalum, niobium, zirconium, beryllium, and now Rare Earths. It has been explored by various companies including Highwood Resources, Placer, Hecla, Royal Oak, Dynatec, Beta Minerals, and now Avalon Ventures. 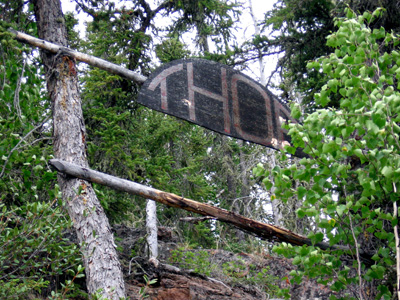 Thor Lake holds promise as a source of Heavy Rare Earth Elements (HREE) outside of China. Currently the world is dependent on the Ion Absorption Clays from south China for a significant portion of HREE, so any alternative source would be welcome in the marketplace.

The weather was unseasonably warm, with a good breeze that kept most of the black flies at bay. We landed on Thor Lake in the morning after a scenic 30 minute flight in a Twin Otter from Yellowknife. David Trueman and Chris Pedersen were our guides for the day. We began the tour with some coffee in the mess tent as Mr. Trueman got out some maps. He gave an instructive lecture about the geology of the Canadian Shield, Great Slave Lake, and Thor Lake. 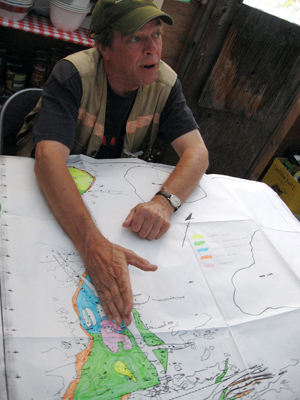 Soon the geologists began swapping bear stories, and so we decided to head outside and test the bear poppers. These pen-like contraptions are loud firecracker/flares that are designed to cause bears to quake with fear and run whimpering back into the bush. The test turned out to be a great idea, as 2 of the 3 poppers were found to be defective! We then rode in a Zodiac across the lake to the trail head for the North T.

While Thor Lake consists of six distinct zones — the North T and the Lake Zone were the areas of focus for this visit. The current thinking is that the North T may be brought to production first in order to provide some early cash flow. Then the Lake Zone could be brought on later. However, all of this may change depending on what the current drill program at the Lake Zone reveals.

We had a pleasant hike to the site on an old road that was slightly overgrown with vegetation. This is where I learned to walk next to our guide because the first person stirs up anything that bites or stings in the vicinity, the second person makes them furious, and the remaining hikers get to feel their wrath! As you can see from the photo, I am in the unenviable “feel their wrath” position: 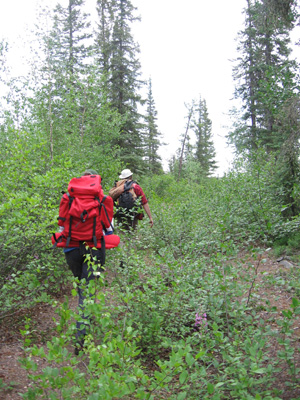 When we reached the North T, we were given an instructive visual presentation of the minerals found at the site. The North T has a multitude of minerals, including bastnaesite, xenotime, gadolinite, monazite and apatite–all containing REE in some proportion. Other minerals included magnetite, columbite, quartz, albite, fluorite, and phenacite. Below is a picture of the REE-bearing bastnaesite (the reddish material): 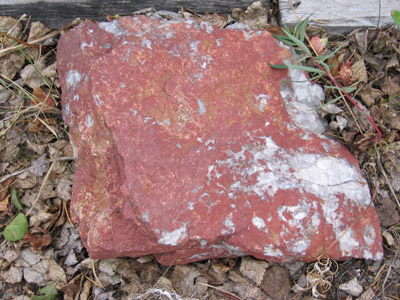 We also looked at the original drill hole, a flooded exploration tunnel, and various outcroppings before settling in to explore the muck piles to look for rock samples. I was allowed to fill my backpack with rocks of all sorts — with plentiful examples of each mineral: 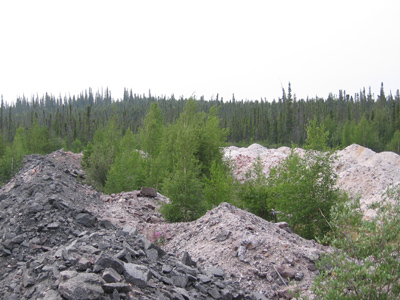 We then studied a core sample from the Lake Zone before returning to the main camp site. Unfortunately, the most exciting part of the core (containing fergusonite) had already been sent to the assay lab. The advantage of fergusonite is that it has an excellent REE distribution (which means that it has a good proportion of the most highly valued HREE elements) and no thorium. In other world deposits, fergusonite is usually a secondary or trace mineral– here, it is a primary one. The compelling story at Thor Lake seems to be both the fergusonite of the Lake Zone and the multitude of other rare elements found throughout the site that represent potential by-products. 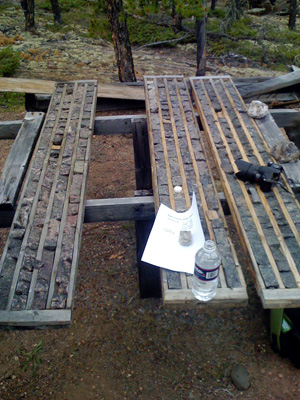 When compared to other sites in the world, Thor Lake has a relatively low percentage of total rare earth oxides (TREO) — often below 1%. Only the south China clays are lower (approximately 0.2%) on a TREO basis. There are some higher grade sub-zones within the Lake Zone, but these have yet to be defined. The low percentages can also be misleading because the distribution of the rare earths at Thor Lake and the south China clays heavily favors the HREE, which because of their scarcity, tend to fetch much higher prices.

The big question is whether or not Avalon will find enough grade and tonnage of REE to make the site a viable economic venture. They have begun a drilling program to provide a definitive answer to this question. In addition to establishing grade and tonnage, they also need to develop a cost-effective process that will provide a good recovery percentage for the REEs — finding REEs is one thing, but separating them from the host mineral and into individual elements is another issue entirely. Avalon will address these questions with metallurgists and process engineers.

In the end, the REE marketplace will make the final decision. If REE prices continue to escalate, it follows that REE exploration companies may benefit. This part of the story, however, is completely out of Avalon’s hands. 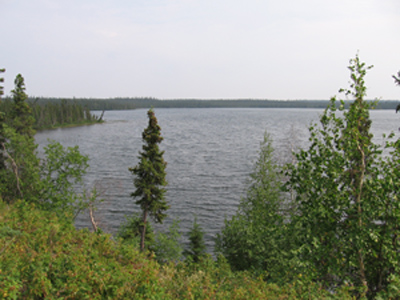 I wish to extend a special thanks to Don Bubar, David Trueman, Chris Pedersen, Bob, Heather, Emma and Wade for making our trip to Thor Lake both possible and an enjoyable experience!